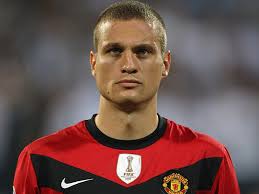 The Turkey centreback swapped Galatasaray for Stuttgart in January and was one of the impressive performers in the German side ill-fated season which saw the club relegated from the Bundesliga.

Following the relegation, several clubs are queuing to sign the youngster as he is viewed as a player with a lot of potentials. German champions Bayern Munich are believed to be interested in Kabak and have made contact with Stuttgart.

German tabloid Kicker reveals that Norwich have has identified Kabak as a solid signing for the club as they look to avoid the drop next season. It is understood that Norwich are preparing a bid for the defender who has a release clause of £13.5million.

They are also reports that Manchester United are interested in the youngster as a bargain solution for the defence.

Manchester United have been active in the transfer window and have been linked with several players. The defence is a constant source of worry for Solskjaer and Kabak could be the bargain defender the club needs since the arrival of Nemanja Vidic over a decade ago.

However if United are able to land their major targets the club would likely abandon the pursuit of the Turkey international which makes Norwich favourites to land the player.

Norwich won the Championship easily and would be looking to follow the steps of previous champions Wolves in settling down in the EPL.  The club has kept it simple so far in the transfer window without making a raft of signings that usually plagues newly promoted clubs

It remains to be seen how they would fare in the more competitive Premier League next season.